Many of the proud, soaring glissenwol trees had already come down, or been broken beyond repair.

The draykoni were tearing the treetop buildings apart with teeth and claws; most of the inhabitants had been evacuated already, but not all, and the civilian casualties were far too high. Worse, their own explosives had been a mixed blessing. They had taken down two draykoni with the fragile balls of fire, but most had missed their targets and fallen instead among the trees outside of the borders of Waeverleyne, burning large areas of draping vines and soft blue moss into blackened wasteland. The draykons could regenerate their own; he knew that from Llandry and her strange friend, Pensould.

They had nothing to defend against this onslaught. The guard had already dashed itself to pieces against the implacable beasts and the army was faring little better; they had no weapons that could stand long against a draykoni.


Even their guns were having little effect, as the beasts rarely came within range and even then, their hide was virtually impenetrable. If matters continued in this way, Waeverleyne would fall, and soon. Ven nodded shakily, his face pale. He was here because he worked for the engineering outpost that Irbel maintained in Glinnery as part of a complicated trade agreement.

They want Glour, that I know, but will they stop there? This is vengeance.

And where is Rufin? I want him.

He left immediately, already shouting orders. Aysun felt a brief flicker of pride in the lad. He was young, but he had pluck. He dismissed the thought, and squared up. His back still hurt, but he would have to live with it. His immediate task was to salvage everything he could from the wreckage of his previous batch of machines, and get them somewhere protected.

Then he could work. He could only spare an occasional thought for the other cares that weighed upon him: the fate of his wife, for example, whom he had taken out of the city before the conflict began. She was with his irascible and much-detested father in the Upper Realms, where he hoped she was safe. Had she recovered?

Would she recover? And what of his daughter? Instead Llandry had overextended herself and she, too, had fallen into a state of unconsciousness. She had been taken away at last by the strange white-haired man Aysun knew only as Limbane. He had been curiously powerless to prevent it. His only consolation was that Pensould vouched for the man, and had gone with them both.

What had become of Llandry? In a strange way he was glad that he was too busy to reflect much on these matters, as they would have driven him mad otherwise. Save the realm, he told himself, and worry about the rest later. And he would save the realm. He was determined. He would save it for Ynara and for Llandry, and hope that they would recover enough to enjoy it.

They were all trying to ignore the conflict, but he could see that the strain wore on them. They all had more than enough imagination to guess what was occurring outside, and the work could never progress quickly enough. Aysun scowled at his friend.

Rufin — another Irbellian citizen — was no engineer, but he was something of a weapons expert. At least, he knew more about guns than anyone else Aysun knew, and as such his presence was necessary. It was a dull, thankless task, but to their credit the three kept up the pace without complaint. Rufin merely grunted again in reply. Aysun made his way back to where the first machine was being assembled, judging it about time for the next phase of construction. He was right: his engineers had just finished putting the frame together, and now it was time to fit the parts.

Aysun had already wrought the new fittings and he remained in attendance while they were put in place, ensuring that everything went together as planned. When the group finished, somewhat less than an hour later, Aysun surveyed the machine. The weapon was designed to be fairly flexible in its movements, allowing the person who operated the gun to aim it accurately at moving targets. Instead of one enormous missile, they would have many smaller ones, most of which had a fair chance of hitting the target and piercing the thick, scaled hide. If they could get enough of those bullets into a draykon, the beast would probably fall.

Failing that, they could at least shoot the wings to shreds and ground the beast, in which position the troops would have a much easier time of finishing it off. The engineers backed away from the machine, leaving Aysun to operate it. He did so with enormous trepidation.

This was the best effort his team could make. He had no more ideas, and they had no more time. He powered it up, turning the crank as fast as he could. A stream of bullets shot from the weapon and thudded into the far wall with enough force to tear a large hole in the woodwork. He angled it up and down and it responded with ease. A cheer went up around him, and Aysun allowed himself to join in for a time. Then he sobered. That it worked in the workshop was fantastic, but they still had to test it against a real moving target. They would be handing this machine over to the army.

But for the first time today, he felt a touch of hope. They were no longer helpless against the draykoni. The machine was wheeled out of the workshop and, cheered by their success, the engineers fell to work on the next with renewed enthusiasm. Soon people are dying for it — and Llandry herself becomes a target.

This is only the beginning. In book two, Lokant : the long-vanished draykoni race have returned, but with them comes another mystery. Who are the enigmatic, white-haired sorcerers stalking the draykoni across the Worlds? And what do they want with Llandry? In book three, Orlind : War has broken out between the humans of the Seven Realms and the long-lost draykoni race. As Llandry fights to defend her home, Eva begins a desperate quest into the heart of the mystical Lokant Libraries — a quest that will lead her deep into the mysteries of the long-lost Seventh Realm.

On one cool afternoon when the rain fell in gentle, glittering droplets and the ground underfoot was spongy with moisture, nine-year-old Llandry Sanfaer walked with her mother beneath the trees far to the south of the Glinnery forests. They were gathering mushrooms, diminutive little fungi with stems fat with juice and caps painted with colour. Llandry crowed with delight each time she found a new mushroom ring, picking the fattest or the most colourful specimens with nimble fingers. Their baskets were growing heavy with gathered produce when Ynara began to speak of returning home.

What is Kobo Super Points?

Then a faint melody reached her ears and she came to an abrupt stop, her keen eyes searching the mossy slopes for the source. She frowned and dismissed the thought, dancing onward once more. There; again, a hint of music. Not a sound at all, in fact, more of a feeling of spiralling harmony, drawing her onward through the vast, pale trunks dotted like serene guardians over the meadow.

In the shade of a particularly broad-capped glissenwol tree was a glade encircled by tall, variegated fungi. The mosses that carpeted the circle of ground were not of the customary colour. Instead of the deep blue that matched the eventide sky, these were lavender touched with green. Golden sunlight drenched the clearing, bright and glittering in spite of the glissenwol cap that rose above. And the drifting motes of light that filled the air of Glinnery were thickly clustered here, twinkling far more brightly than their paler cousins, sparking with energy and laced with colour. Llandry stood, mesmerised by this scene.

The thin sound of an animal in distress reached her sensitive ears. Something moved in the centre of the glittering circle: she saw a flash of grey, heard the faint wail of unhappiness repeated. Mamma had caught up with her. Llandry was aware of her footsteps approaching, then halting a short distance behind her.

Llandry, stop there. To her dismay and confusion, she was lifted and carried backwards. When she stepped into the circle, she felt the golden light bathing her skin as if it was a physical thing, like water. For a moment she forgot about the sleek-furred creature, but another squeak of distress drew her eyes downward into the centre of the strange lavender-hued moss.

The animal stood on short, shaking legs, its pointed face lifted to the winds as it keened in despair. It was so small, so obviously feeble, that Llandry quickly realised it must be a baby. A baby without its mother. 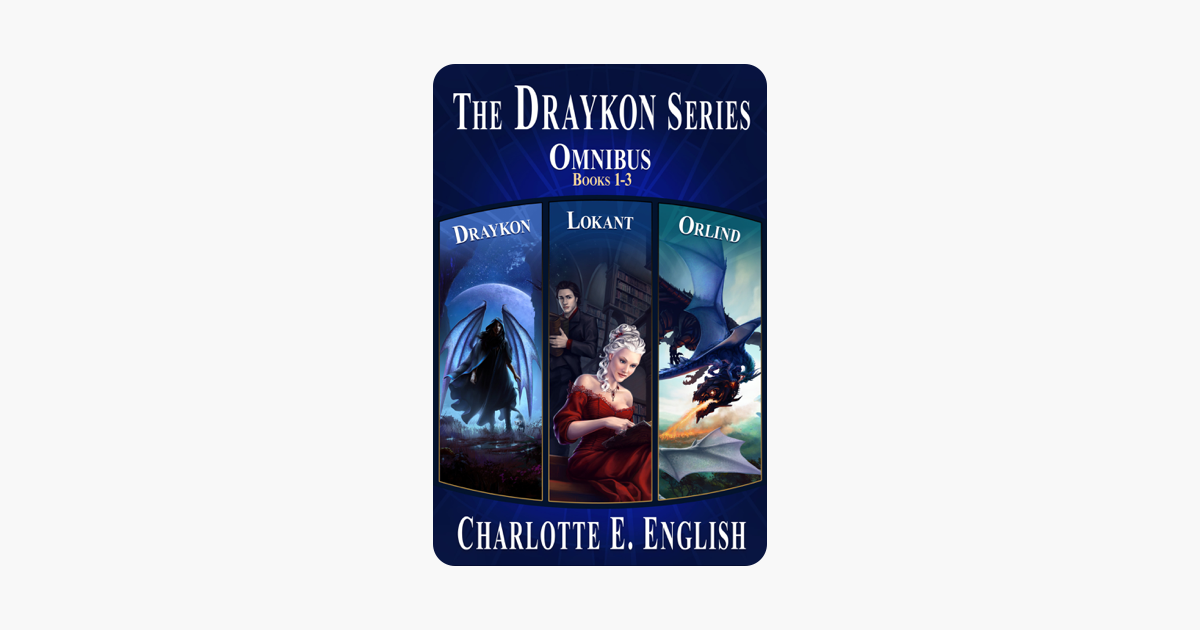 She picked it up, carefully cradling it against her chest. She turned to show it to Mamma, but Mamma was gone, hidden behind a curtain of light that had fallen between her and the familiar glissenwol forests of home. It was like a wall of rain, cold and shimmering pale; she could see nothing beyond it. Llandry ran towards the curtain and tried to pass, but it was like walking through treacle; a strong pressure beat upon her limbs and her face, threatening to smother her. She fell back, sobbing. Then the curtain rippled and pulsed, as if struggling against something.

Ynara broke through the wall, her face pale and her eyes sparking with anger and fear. She picked Llandry up and marched back through. The sensation of suffocation was the same as before, and it grew worse as Ynara bore forward with Llandry in her arms. The pressure intensified until Llandry thought she must explode like rotten fruit. Then they were through the curtain. All of the strange sensations, good and bad, faded and Llandry was herself again. Ynara did not stop. She marched onward without looking back.

Ynara sighed and stopped at last, easing Llandry down to the floor. Sometimes a gate is opened and you can pass through. What we saw was a gate.